Athiya Shetty and KL Rahul have become the talk of the town ever since the actress accompanied the cricketer to England amid his ongoing matches. Pictures of them together have been going viral on the internet.

Now, we have got our hands on yet another unseen picture of the rumoured couple and you simply cannot miss it!

Check out the photo here:

It so happened that Anushka Ranjan, who is one of the close friends of the couple, recently held a Ask Me Anything session on Instagram with her fans where she answered some questions from her fans. A fan went on to ask her who her favourite cricketer is. To respond to the same, Anushka went on to share an unseen photo of Rahul, Athiya, and their friends and circled Rahul’s face.

Recently, Athiya shared a few snippets of Rahul on her Instagram story after he was being praised for his performance in the last night’s match. She also tagged the cricketer with a heart emoji. 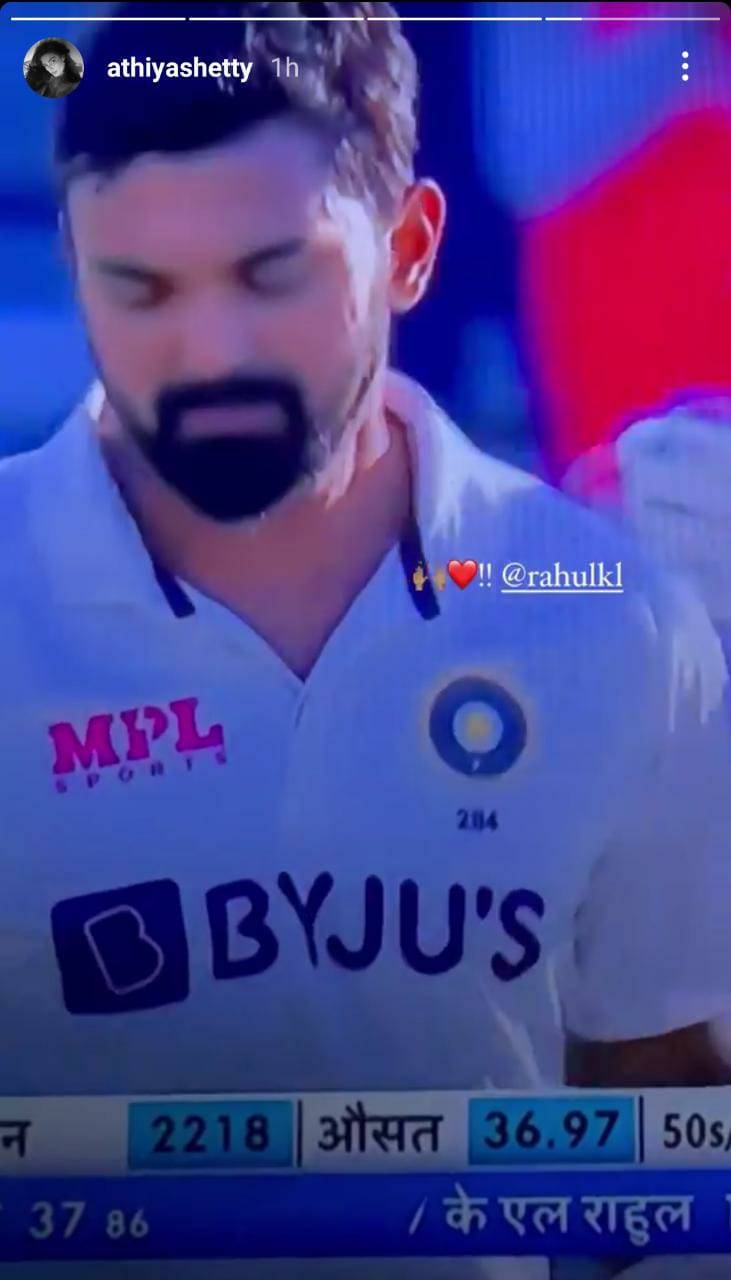 Anushka Sharma, who is also in England with baby girl Vamika, had shared a few pictures on her handle that had the cricketers and their partners enjoying a day off together. While Anusha posed with Virat Kohli and daughter Vamika, Athiya and Rahul adorably posed for the camera.

Check out the picture here:

Meanwhile, on the work front, Athiya was last seen in ‘Motichoor Chaknachoor’ co-starring Nawazuddin Siddiqui in the lead role. The movie received mixed reviews from the audience and the critics alike. The actress is yet to announce her next project.