Neha Dhupia and Angad Bedi are all set to welcome their second child. Ahead of that, the actress is often seen giving glimpses of her daily life, happy moments with her family, her pregnancy shoots, and self care regimen especially during this time.

While her social media updates have allowed us to get a sneak peek of her life, today our cameraman spotted her in the city along with her husband Angad Bedi to pay a visit at a hospital. Neha was seen donning a free flowing white frock styled with a denim jacket. Her outfit shelled out major maternity fashion goals. Angad on the other hand looked uber cool in a blue T shirt teamed with grey shorts. 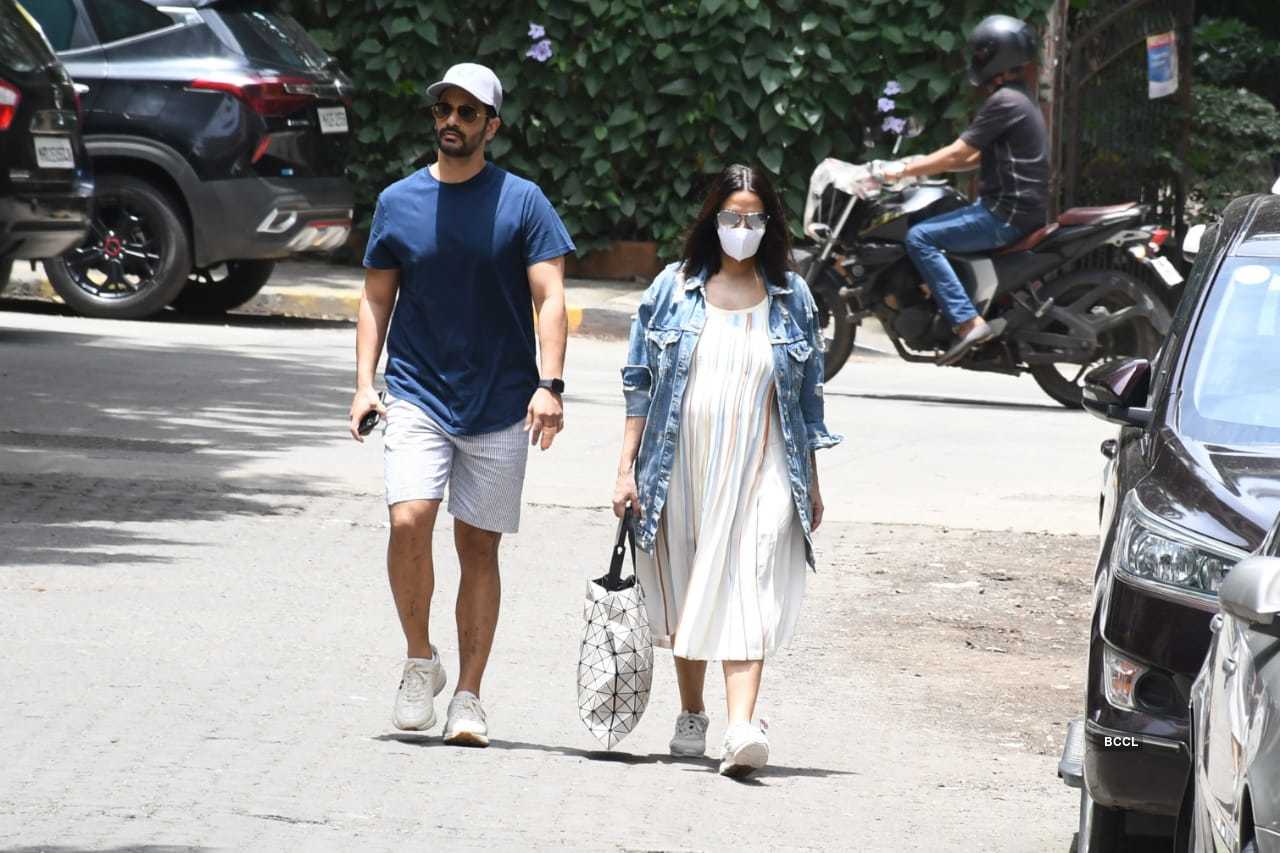 In a recent interaction with Bombay Times, Neha also opened up about how Mehr can’t wait to have someone for her company. She stated, “Mehr knows we are on the onset of bringing in a new family member. She knows that the member is really tiny. She’s been talking sweet things about sharing her things with the baby. She keeps discussing her plans with us (laughs!). She has her own name for the baby already”.

The lovebirds announced the news of their second pregnancy on July 19, 2021. The actress had shared a photo with hubby Angad and Mehr. Neha also revealed they took a lot of time to think of a caption as her note read, “Took us 2 days to come with a caption….The best one we could think of was … Thank you, God.”